That Awkward Moment When...

(These are all true stories that I've experienced.)
You find out a girl on your camping trip in grade nine is wanted by the Venezuelan mafia.
You congratulate someone on being pregnant, aaaand they’re not.
You try to make a casual conversation with the guy beside you and end up saying “looks like the sun decided to shart stain” instead of “start shining.” fml
You accidentally call your little sister a “royal pee-ness” in front of a group of young construction workers. You meant to mix the words “pee” and “highness” together. Didn’t turn out so well.
You go to get a chest X Ray and your hospital gown falls off in front of a group of interns because you didn’t know how to tie it up. Then you get locked in the bathroom when you run away to go fix it and they have to let you out with a key.
Your horse’s name was Honey at camp, and you croon away to it saying “aww Honey has it been a long day?” and one of the guy volunteers thinks you’re talking to him.
You stand up and start walking to the front of the school to accept an award, which actually wasn’t for you.
You face plant a lot.
You’re at a prayer meeting with 20 people and you have uncontrollable laughter, completely ruining the time with your gasping and snorting.
You’re at a funeral for someone you don’t know and your mom makes you and your sister stay in the back room of the church. It has giant mirrors, and you spend the entire time making faces and dancing obnoxiously only to realize later it’s actually tinted windows into the sanctuary and people could see you.
Your littlest sister tells her teachers that you’re pregnant in grade 6. They call your mom.
Your cheerleading team wears fake curly hair ponytails for competitions, and during one competition 5 of them fall out leaving mounds of hair all over the stage.
You’re performing at a dance recital as a zombie and your pants fall down.
You get mistaken for a boy.
You hug the wrong person at a store, thinking it’s your dad.
You accidentally say “Fart on me” instead of “pardon me” to your boyfriend’s mom who you just met.
You joke around and tell a kid there’s a beast hiding under her porch. She cries for the rest of the night.
You and your sister put a little girl on a chair and then pick the chair up and lift it over your heads… the chair tips forward and she falls off . She cries for hours.
You then proceed to break the chair because your sister sits on it and the back snaps off. It was the girl’s favourite chair. She cries more.
Sometimes you’d rather spend time with your goats than your friends.
You’ve almost been legit kidnapped, twice.


You tell someone your favourite song is 'Jar of Farts' instead of  'Jar of Hearts'. 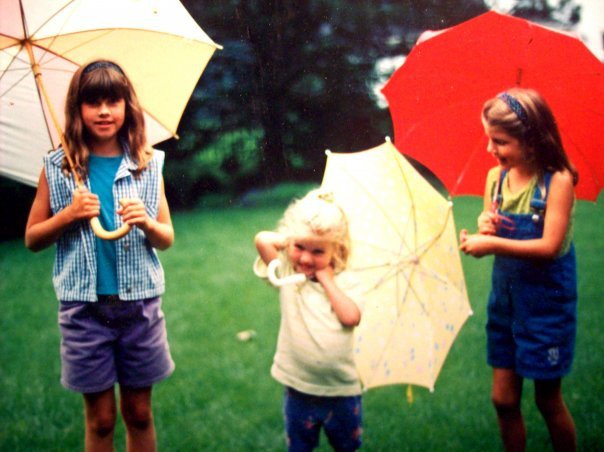