I haven't posted a 'personal' blog in months. I thought I would fill those interested in on what's been going on lately.

I wanted to start off by saying how wonderful it's been to meet and work with so many great people over the last few months. It's an honour to have been a part of your weddings, proms, engagements, family reunions, maternities, and other special moments. It's why I love my job! Thank you for asking me to capture your memories.

On to more personal things. I am so blessed to have lived my entire life relatively sorrow-free. Of course there have been hard times- we are human after all. But the first real heartbreak I ever experienced was when I was 21 and I lost my Grandpa Mathies. Up until that point I naively thought that the people I loved were invincible. I knew that death happened eventually, but it seemed so far away that I was never too concerned. When my Grandpa died my blissful ignorance was shattered. I realized that you never know the last time you're going to see someone. You don't know what tomorrow will hold. I guess it was a lesson that I was overdue in learning.

This June, we lost an amazing friend after a long battle with cancer. Growing up, her and her family had a huge part in our lives. I hadn't seen her since my wedding in 2011, but news of her passing was very tough. She was an incredible person and deserved a long and healthy life, and it's horrible how cancer robbed her of that. That was so hard, and I can't imagine the pain her family is going through. 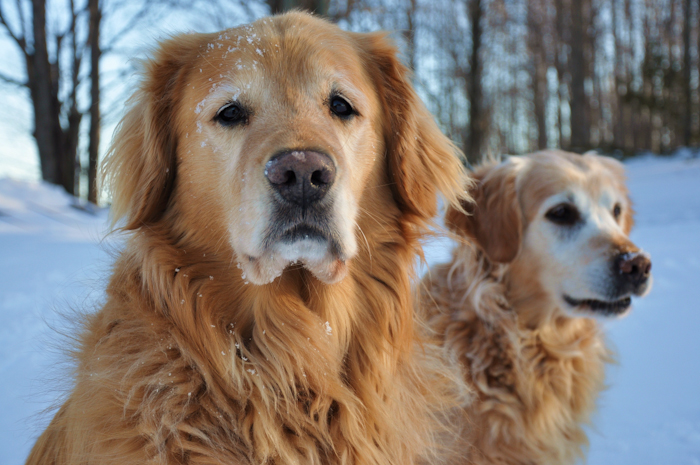 I completely realize that animals are not the same as people. Their lives are valuable and to be respected, but are not as valuable as a human's when it comes down to it. You can buy new pets. You can't buy new family and friends.

However, I do believe that some animals can hold a place in your heart just as dear and special as a loved one.

You probably know what happened to Violet this winter, so I won't elaborate.

On July 6th, right before a family was arriving at my house for a photo shoot, Hampton had a grand mal seizure. My mom rushed to his side and attempted to calm him while I stood frozen behind her in shock. After the seizure ended he lay still on the floor. I started crying, thinking he was minutes from passing away. My mom was gently stroking his face and urging him wake up. Suddenly, he did! And a few minutes later, he was shakily walking around with a goofy grin on his face like "Woops, sorry for scaring you guys!"

After taking him to the vet we found out that he was very healthy for a dog his age. His tests came back with good results, and the relief we all felt was amazing. I wasn't ready to lose one of my best friends.

Hammy has been there for me since I was 11 years old. He was a playmate, a security blanket, a place to cry when I thought no one else would understand. From puppyhood he always acted like one of the kids instead of a household pet. My mom joked that he was the son she never had. To think he was going to be okay was one of the best feelings. 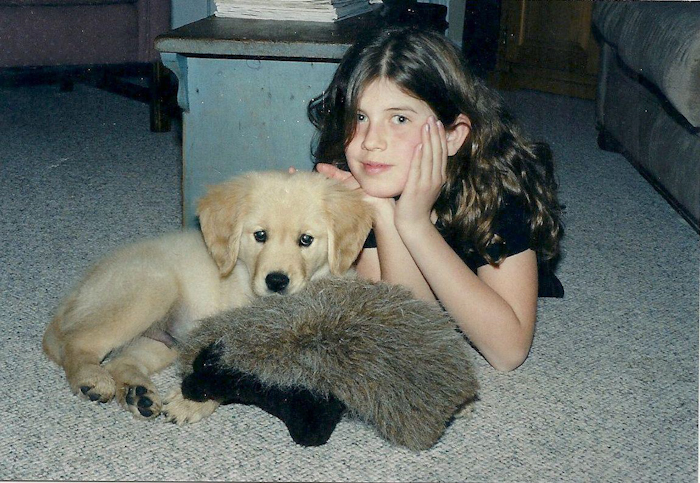 Chelsea was my other golden retriever. We adopted her 8 years ago from Golden Rescue. For her full story, click here. Since Hampton thought he was a human, mom wanted a dog that would bark and protect the house while my dad was away. Chelsea was the sweetest, most loving dog, despite her bad puppy years with her previous, abusive owners. She made it her life mission to make sure we were all safe and protected. We adored her.

On July 19th I had just arrived home from a camping trip at Grundy Lake. Mom was standing on her porch with a sad expression on her face, and I soon figured out why. The day before, Chels had gone completely blind. It happened out of no where. On top of that, her eyes and abdomen were swelling.

She heard our car drive up the lane way and was frantically trying to find us. After tripping down the front steps and almost running into my dad's parked car, she found me and delightedly wiggled around my legs. Her eyes were milky and unfocused, but she was still so happy I was home. I bent down and hugged her for a long time, and told her how much I loved her.

That afternoon the vet and my parents decided it was the right thing to do to put her down.

I spent this week being heart broken. Her death was so unexpected and she had been such a huge part of my teenaged years and adult life. I miss her so badly. 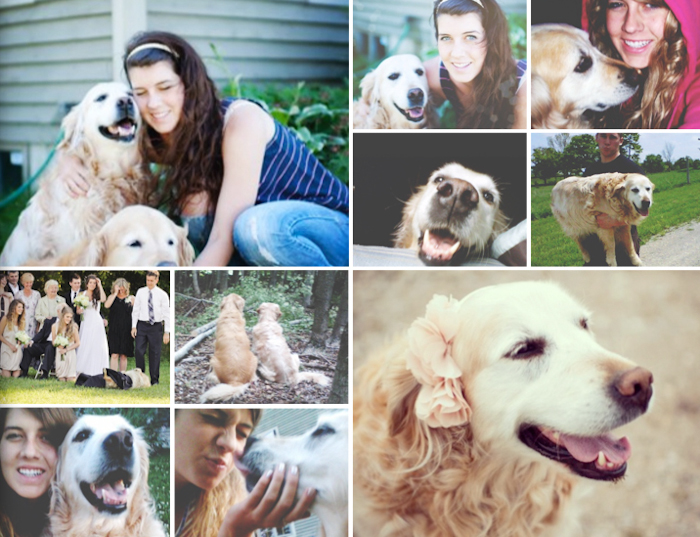 Hampton spent two days carrying around her leash and collar and coming up to us like "guys? where is she?" It was awful.

On Wednesday Hampton began to really slow down. My parents were gone for the day so I let him come to my house and hang out with me while I edited. I noticed he was having a bit of trouble walking, but he still insisted on following me everywhere around the house. Finally I decided he needed a break so I took him back to my parents' and made him lay down on his bed so he could rest.

When they got home a few hours later he didn't get up to greet them. That is the first time in his entire life he hasn't happily danced and joy-whined when one of us arrived home. We knew something was wrong.

I sat on his bed with him and noticed he was shaking. My heart sank. This can't be happening again.

We called the vet and they told us to bring him in right away. My dad had to carry him out to the car- a hard feat considering he almost weighed 100lbs. I paced around nervously the whole time they were gone. There was no way he was dying. No way.

The vet gave him a needle of strong medicine to reduce swelling in his brain. He also needed antibiotics for an infection we didn't know he had. Miraculously, it worked! And the next day he was back to his normal, happy self. Again, the relief was incredible. 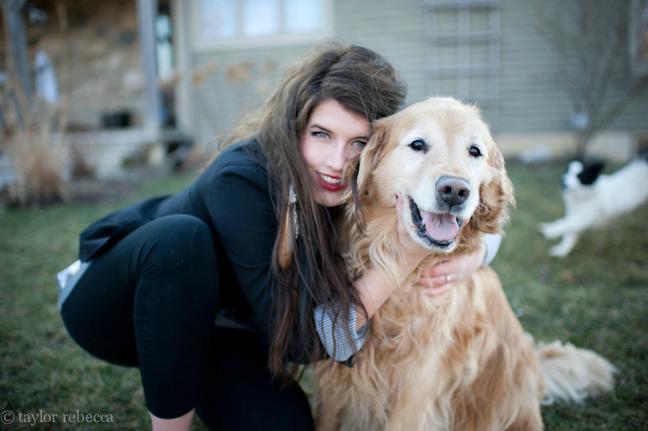 I thought we were out of the dark. I babysat Josh's little siblings this week and Jessica and I spent most of our time playing with Hammy. Every moment with him was treasured because I honestly didn't think he'd make it until now.

Last night the vet called. More test results showed that he has cancer in his back legs and it's spreading. She gave us a time frame. She told us that as soon as he starts slowing down again, we need to make a decision.

He is doing well right now. Happy, walking around, wanting to be with us. It's just a matter of time before the medicine will stop working and we'll have to say goodbye.

I'm so sad. I'm trying not to let it affect my work schedule and social life, but it's really fresh right now and I'm having trouble. This is a tough time. I know it could always be worse, but I never thought I'd be faced with saying goodbye to two loved ones in such a short period of time.

Sorry for this depressing blog post. I just wanted to share where I'm at right now. I am truly thankful that I have a loving family, great friends. I got to spend many years with Hampton and Chelsea, and they had a good life. I guess I just need to keep things in perspective. Things are hard right now but I know they'll get better eventually.

We have a couple of weeks left with Hampton. I'm going to spend them loving him with all of my heart and cherishing every moment. 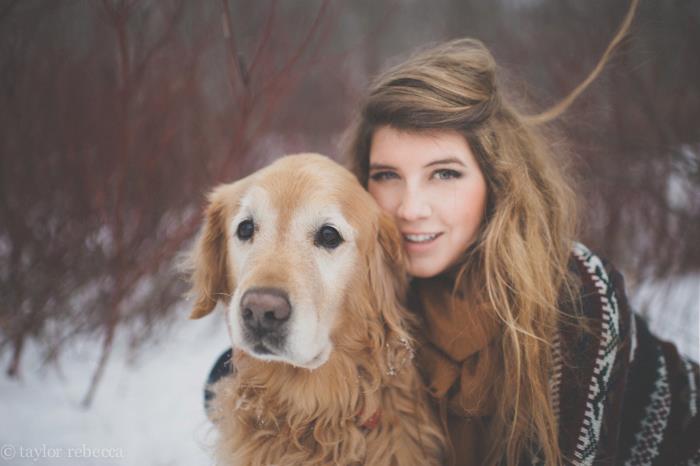 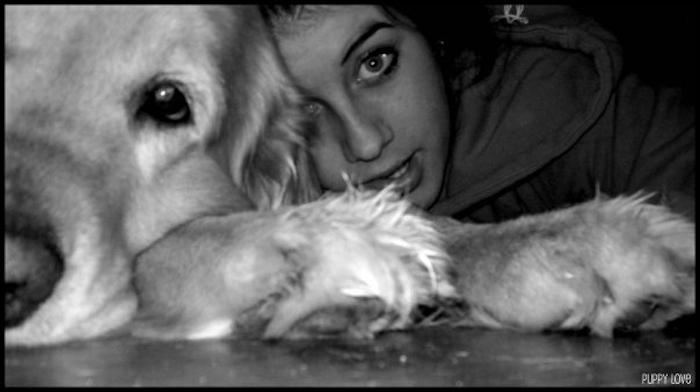 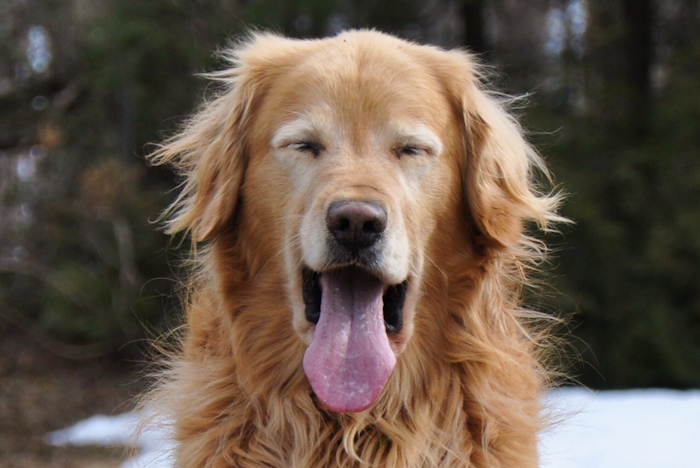 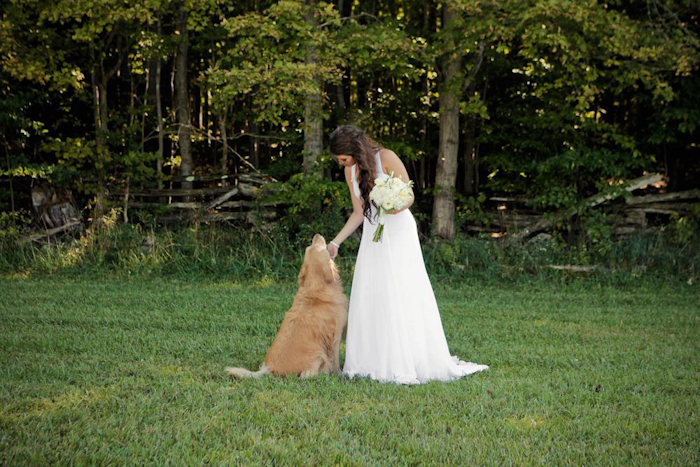